We all have that feeling, that we have too many to-dos but too little time. You might wonder how successful people are making use of their time. Yup. That is 24 hours per day, same as what you and I have got. Do we really need all the time in the world then?

The answer is, we don’t. We just need to make a tiny change on the way we have been scheduling our time. But how?

I have had conversations with several friends and clients and summed up some of the common scenarios with failed time management. See which one is more familiar to you. Jessie learned to mark everything she needed to do on a calendar App, she felt great about her new habit as things were checked off from her mind. A couple weeks later, she figured her calendar has been filled with tasks she never gets the time to do. The list got longer and longer. With no clues Jessie feels overwhelmed by her incapability in getting things done and she wonders if what she has been doing all along was right. 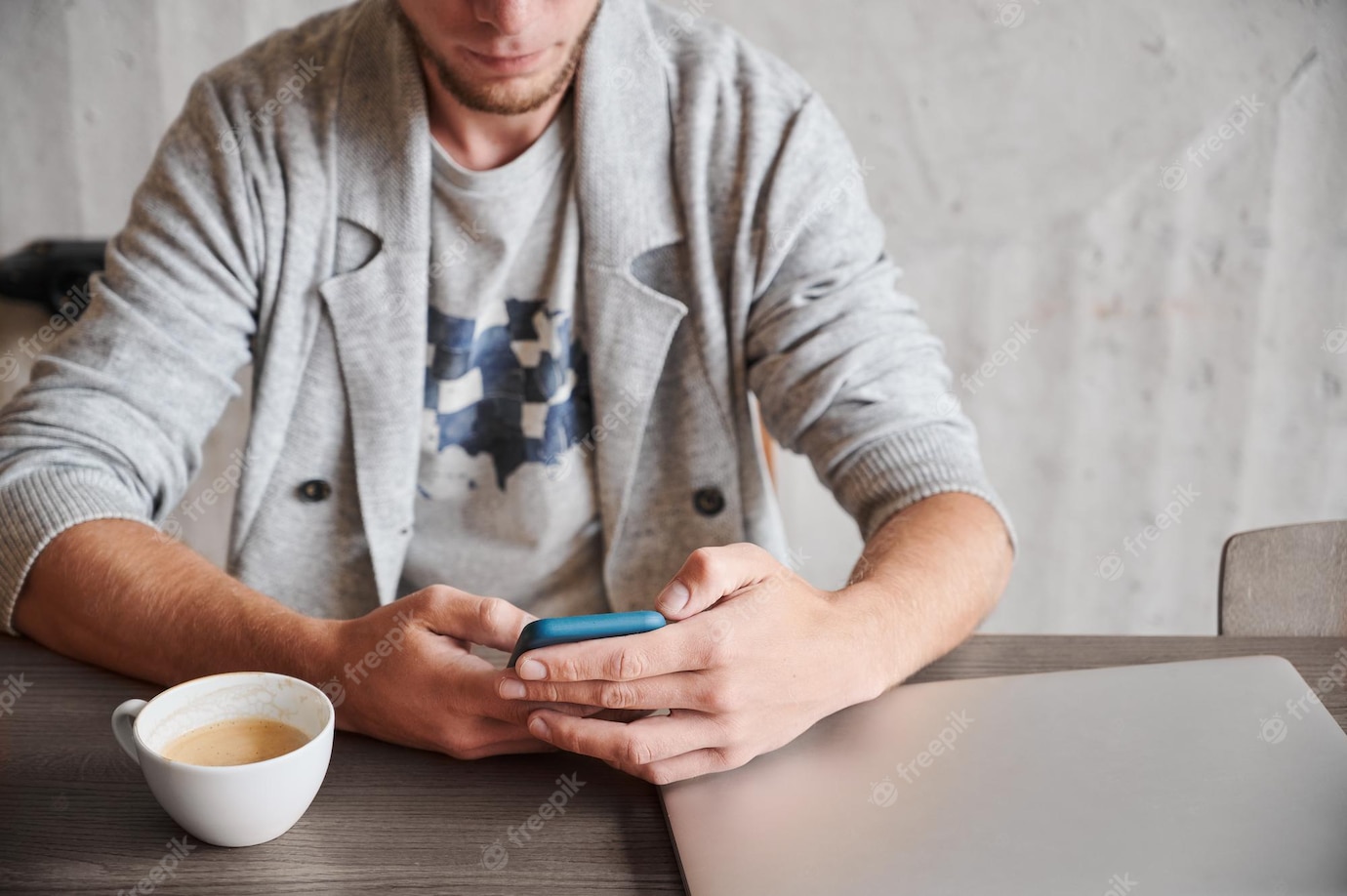 Kevin has been working from home ever since the pandemic began. Recently he got to work at the office again. He usually starts his workday by checking his mobile calendar for the tasks he marked ahead. Amid doing that, a text box pops up and he decides to reply instantly in case he forgot later in the day. Once he finished replying to the text, he saw that notification icon next to his instagram. He tapped into it. 3 New Messages.  He replied, watched a reel, watched another reel. Then you know, he watched like 36 more reels. Kevin’s boss walked in, Kevin paused to greet him, and realized almost half an hour had gone from the time he picked up his cell phone. Kevin asks himself, “Why did I pick up my phone in the first place?”

I was having a monthly meeting with a client, who has been a notebook and planner user for years, “I have a really good idea for our next quarter’s development. Let me show you.” She said to me then moved to fish out her well-worn planner, flipped through pages for that big idea she put in there some time ago. In between torn pages and memos falling from it, she pointed at something among her absurd handwriting. She then went from that page to another illustrating her point as I tried to get her logic by combining all those pages in my mind without being distracted by her constant flipping pages.


Do you see the common mistake they made with time management?

Have you been through any of these scenarios?

Let’s not dive into any theoretical conclusion at this point. The reason why we always feel like we don’t have time for doing this or that lies in the system we choose to manage our time. By system, here I mean the two common ways we make our schedule.

Who isn’t using a smartphone? Who doesn’t have a calendar app? We all crave convenience and  efficiency. Smartphones became the default medium that organized our life. It is not a problem per se. The problem is within us.

With digital devices we could so easily write down everything we need to do. Either something that’s really important or not at all, we tend to feel better about putting them into the calendar. This explains why some would always feel they have a lot to do because they didn’t learn to prioritize their tasks. When we don’t even know our priorities, it’s easy to get lost and not getting anything done becomes the foreseeable result of counting on our calendar apps.

Another problem with us, who are so easily distracted, makes the use of digital calendars somehow tricky. There could be tons of things going on in our life within a minute. Managing tasks digitally puts us into endless fights with all the possible temptations that our devices could bring, yes, even in one minute - phone calls, emails, texts, socialization platforms etc.

Pen and paper, a primeval medium we use to write things down and elaborate ideas. Later we developed something called Planner for putting our to-dos into timeslots, reminding ourselves the goals to achieve by weeks, by months, or even by years. One thing with notebook and planner is, I can tell, they are still far from efficient time management. Why would I say that?

What a planner does is motivate users to fill it up. The more we write on it, the more organized we feel. And even I have to admit it, that my train of thoughts can be quite messed up sometimes. Still, it feels great writing down all the ideas that have been flying around in my head. I didn’t see the cons back then. Until I experienced the same thing like my client did in Scenario #3. I went through stages where I was pissed when the great thing I wrote down in my notebook went nowhere. And I couldn’t believe I had let that happen. It feels almost impossible to see the big picture when I use a two dimensional medium to organize myself since everything I wrote down there was untransformable, unmovable. The New System That We Need

I am not about to propose a system that is, in any way, more powerful than Digital Calendar, of which most of us have been so used to depend on. I am suggesting a system that helps users who are having trouble managing their time, and a system that truly helps us get things done, not faster but bit by bit.


A System that Brings Ideas Into Action Imagine you are playing chess with an experienced player, do you make your move after three thoughts or one? Would you guess his next move before making yours? If you want to succeed in time management, just like in a game, you have to think hard about what is the best for you, and always take into account the consequences of your choice. Organizing your time by your own hand, a core idea of Mover Erase Combo, allows you to become more conscious of each choice you make. Is calling your mother more important or hanging out with your best friend? Does taking up your dream career matter more or taking care of your health problem matters first? The system reminds us to think harder, to try to see short term, even long term consequences before putting in or erasing each task. A digital calendar allows you to do the same? You are probably right. But do you think you would think as hard before typing your tasks on a keyboard or deleting them with just a hit of a button?

With our hands, we are more likely to take ownership of our to-dos, thus feeling a stronger responsibility in completing them.

What we have been doing with the calendar apps and paper planner was not a problem when speaking of scheduling. But when it comes to productivity, they both fail to motivate you to start doing something that you should be really doing. Because they do not BREAK THINGS DOWN. All they do is make you look busy, look successful. You do not know how to start doing them because they are such huge tasks that seem daunting. Researches, scholars have been talking about how smaller, more specific tasks can make a project look more achievable, thus giving you greater motivation and confidence in your ability. Mover Erase Combo helps you break big tasks or ideas into multiple time slots. To achieve your goal, kill all the small tasks first thing first. With MoverBook or MoverPad, you will see how limited your time is, so for each day, the last thing you want is to see a schedule packed with big, unachievable tasks. Instead, you would eliminate the tasks that are either minor or not as urgent. Voila! Now you have time for yourself. How frustrating when you could not get to the page you want in a split second? The “Search” function of most calendar apps allows you to find what you are looking for but the problem is still there - you cannot search something you do not recall! Even the kind of person who has the most powerful brain in the world would not have all the things he/she wrote memorized. So how to prevent our ideas from slipping out of our heads? By snapping Mover Erase Combo in an organizer, you will see all the ideas you have written down in one glimpse. No flipping pages, no falling memos. No messy handwritings and arrows all over your notes as you can always erase, rewrite, and move your ideas to anywhere you like.

Not before you have written down your plans for the day! Using a tangible scheduling system removes you from catching yourself in the phone-scrolling loop that you are so used to. This habit also restricts you from moving from one app to another and redirects your thoughts from some social gossip back to the tasks that you should be focusing on. No more text boxes popping up! If you still prefer calendar apps, well, there is nothing wrong. Just make sure you are that kind of person who is highly disciplined. Always.